Following a film production overview from studio developer, Dean Jones, attendees will participate in a screenwriting workshop, a mock casting call (optional), and a studio tour.

This is the first collaboration between Atlantic & Pacific Studios and the Burlington Writers Club.

Elizabeth Solazzo, President of the Burlington Writers Club says, “We are excited and pleased to spend time at Atlantic & Pacific Studios. Many writers in our community and the state are venturing into a new genre… screenwriting. This is a unique opportunity and we hope it will be rewarding to all who attend. Dean’s willingness to share his experience and knowledge is greatly appreciated.”

Five years ago, Jones fulfilled his dream of returning to Alamance County after thirty years in Hollywood.  Following graduation from the University of North Carolina at Greensboro, Dean and brother, Starr, traveled to Los Angeles and worked as makeup artists, building up an impressive Internet Movie Database (IMDb). They also created the Original Hollywood Horror Show in Snow Camp in 1989. Thousands flock to this event every October, thanks to the months of preparations by a multitude of faithful volunteers.

Dean has worked on well-known movies such as “Lincoln,” “Pirates of the Caribbean: Stranger Tides,” “Home of the Brave,” “Fast & Furious,” and “Jarhead.” He won two Emmys for his makeup work on “Star Trek: Deep Space Nine.” Dean has worked on low-budget projects, faith-based films, and has written, produced, and directed during his career.In August 2021, ‘Naomi Wise’, a movie trailer and music video, was released and the feature film is scheduled for production in 2022. Other projects are “South of the Border” and an untitled werewolf movie.

Jones states, “I want The Dream Factory to be a training ground for new opportunities and to support the independent writer. We also use local talent and there is an abundance of talent in North Carolina. In addition to actors, we need cameramen, production crew, grips, set design, wardrobe and other roles that are vital to producing a movie.”  In order to find and enhance this local talent, Dean and Starr teach classes through Alamance Community College, including Introduction to Film, Acting for the Camera, Improv, Production Coordination, and a software program used for script writing.

Located north of Burlington, Atlantic & Pacific Studios has transformed an old mill into a modern studio, complete with multiple sets in the vast warehouse space. In addition to the film industry, Dean created ®Dermatizer, a non-alcohol hand sanitizer (to combat Covid virus). On the grounds of the Studio, located on the banks of the Haw River, they will host the Great American Flea Market, present music ‘Live on the Waterfront,’ and operate a kayaking company beginning in 2022.

The Burlington Writers Club, a member group of Alamance Arts, is an eclectic community of writers. We recognize that although writing is a solitary activity, the writer doesn’t have to be isolated. We gather monthly, September through June, to learn more about our craft, to encourage one another and to celebrate our achievements. In the past, we’ve had presentations from the Piedmont Laureates and North Carolina Poet Laureates, including our current Laureate, Jaki Shelton Green. Workshops have included writing exercises in prose, poetry, music, and numerous other genres, as well as marketing and publicity. The Club just celebrated our 65th year and we’re excited to continue to support each other. We welcome all writers, from the novice to the experienced.

If you are interested in writing, be it poetry, plays, fiction, non-fiction, memoir, family history, or children’s literature, then join us in our efforts to grow as writers. We are an eclectic group of serious and casual writers, even a few professionals, all at varying levels of talent and experience. 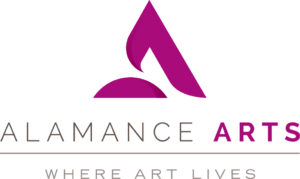 Burlington Writers Club is a member group of Alamance Arts